The Year One and Two’s presentation was of a cross-curricular nature but mainly based on History. It was themed: The Road to Ghana’s Independence. Learner’s made use of knowledge and skills acquired in ICT, Geography, English and Art in completing their project and during the presentation. There were presentations on some major Key Vocabulary, poetry recitals on the ‘Big Six’, patriotic songs and a play on the five major events that preceded Ghana’s Independence. In addition to the project presentation, learners were required to present charts on the following sub-topics;

Overall, the Years One and Two project presentation was very educative, colourful and well attended by parents, teachers, pupils and some members of management from the school.
Road to Ghana’s Independence

Some parents joined in the fun by dressing up in costumes from their home Regions and taking a few steps on the dance floor.

In her closing remarks, the C.E.O, Mrs. Elizabeth Baitie underscored the need for the children to connect with culture and show respect and understanding for people of other cultures. An exhibition of Ghanaian foods and fruits were also on display. 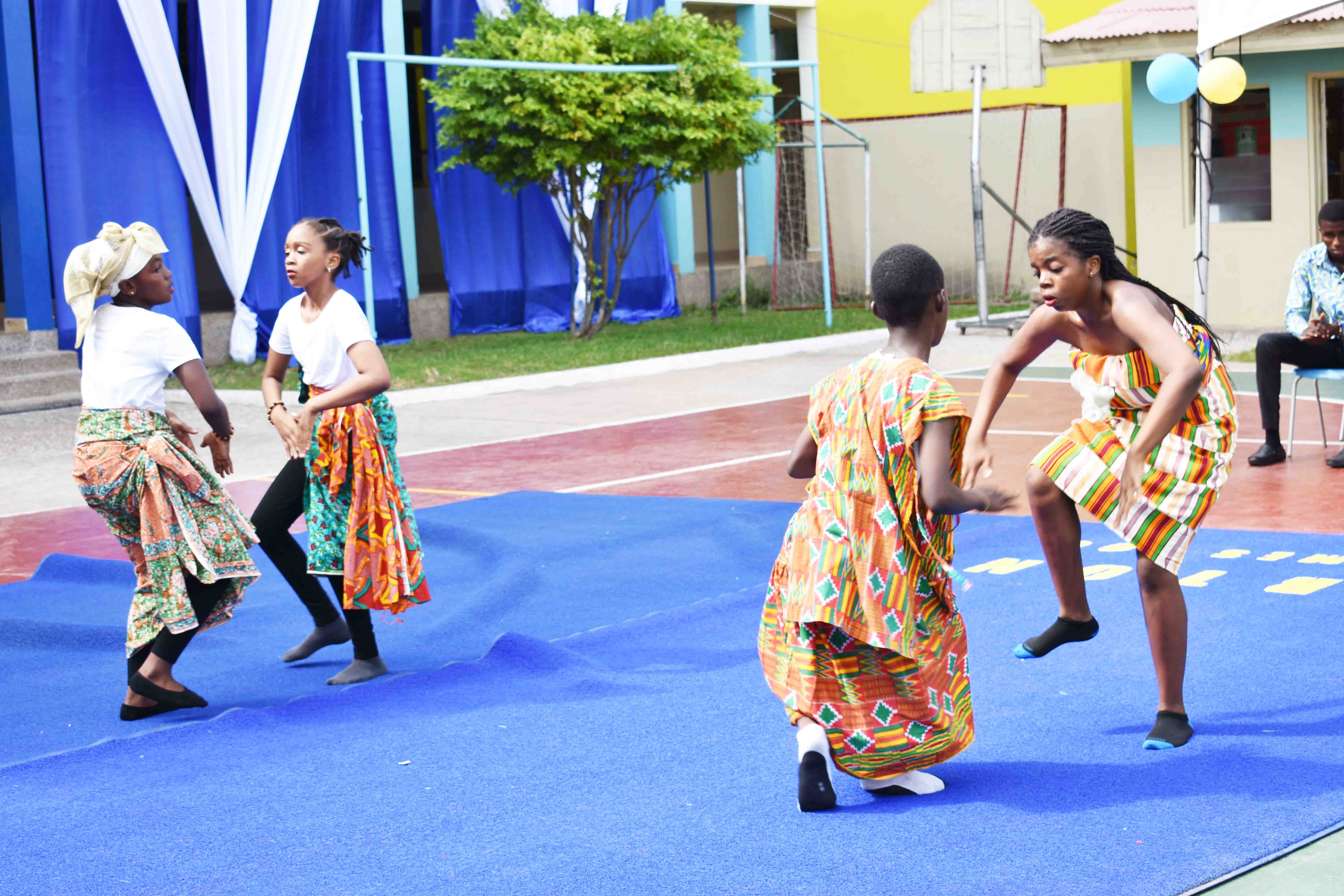